Strange Loop is the only conference I’ve ever been back to. It has a great balance of academic and industry talks aimed at the practitioner with a healthy strain of artistic whimsy running through it all. Here are five talks that I’ve been thinking about since the conference ended:

This is the talk that I am most excited to apply to my daily work. Rosie is a modern version of Regular Expressions. It has a lot of cool features, but these three are what sold it to me:

All the Languages Together

At Windmill we focus on the “inner loop” of development: that under-explored space where a programmer is typing, compiling, deploying and restarting rapidly in an attempt to change the behavior of a system. Cyrus Omar showed how our typical inner loop tools (compilers, type checkers, IDEs, etc) fall apart when the program has a syntax error or is incomplete. “Typed holes” take the place of these incomplete parts of your program to allow static (type checker, automated refactors) and dynamic (debuggers) tools to continue to function. Hazel is a programming environment which implements typed holes.

A Tale of Two Asyncs

My favorite talk of the conference. Ashley Williams covers the technical and philosophical differences between node.js and Rust’s approaches to asynchronous programming. What really put this talk over the top were her thoughts on what it means for a programming language to have a vision. 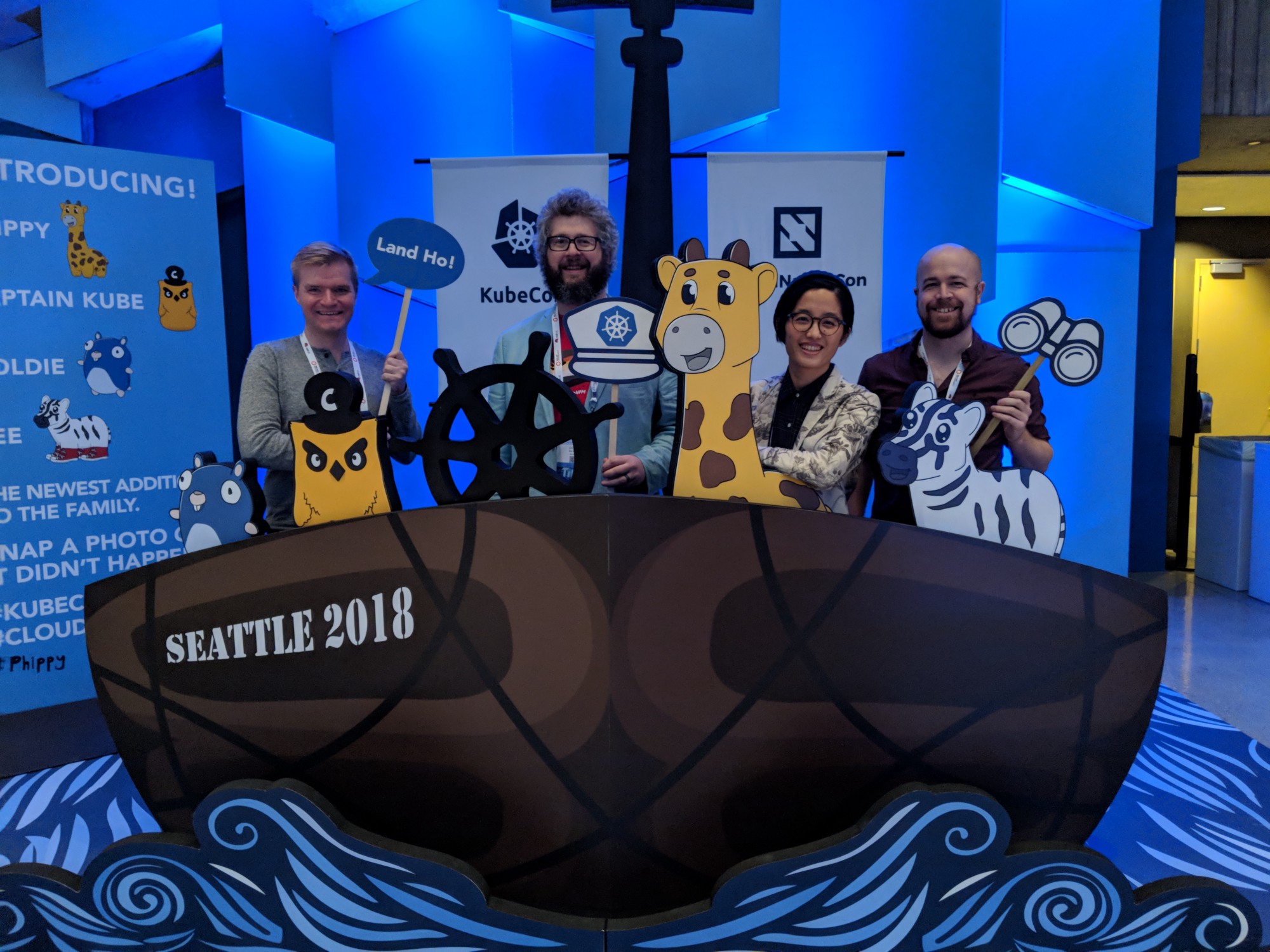 That’s a wrap on Kubecon 2018, and on 2018 as a whole. As I reflect on the Kubecon experience, one question stands out: should application developers be aware of Kubernetes? I heard this question asked by cluster operators, developers, and vendors alike. The outcome of this debate will shape the...