The Tilt engineering team is back from KubeCon in Barcelona. Thanks for everyone who visited our booth to press our button! 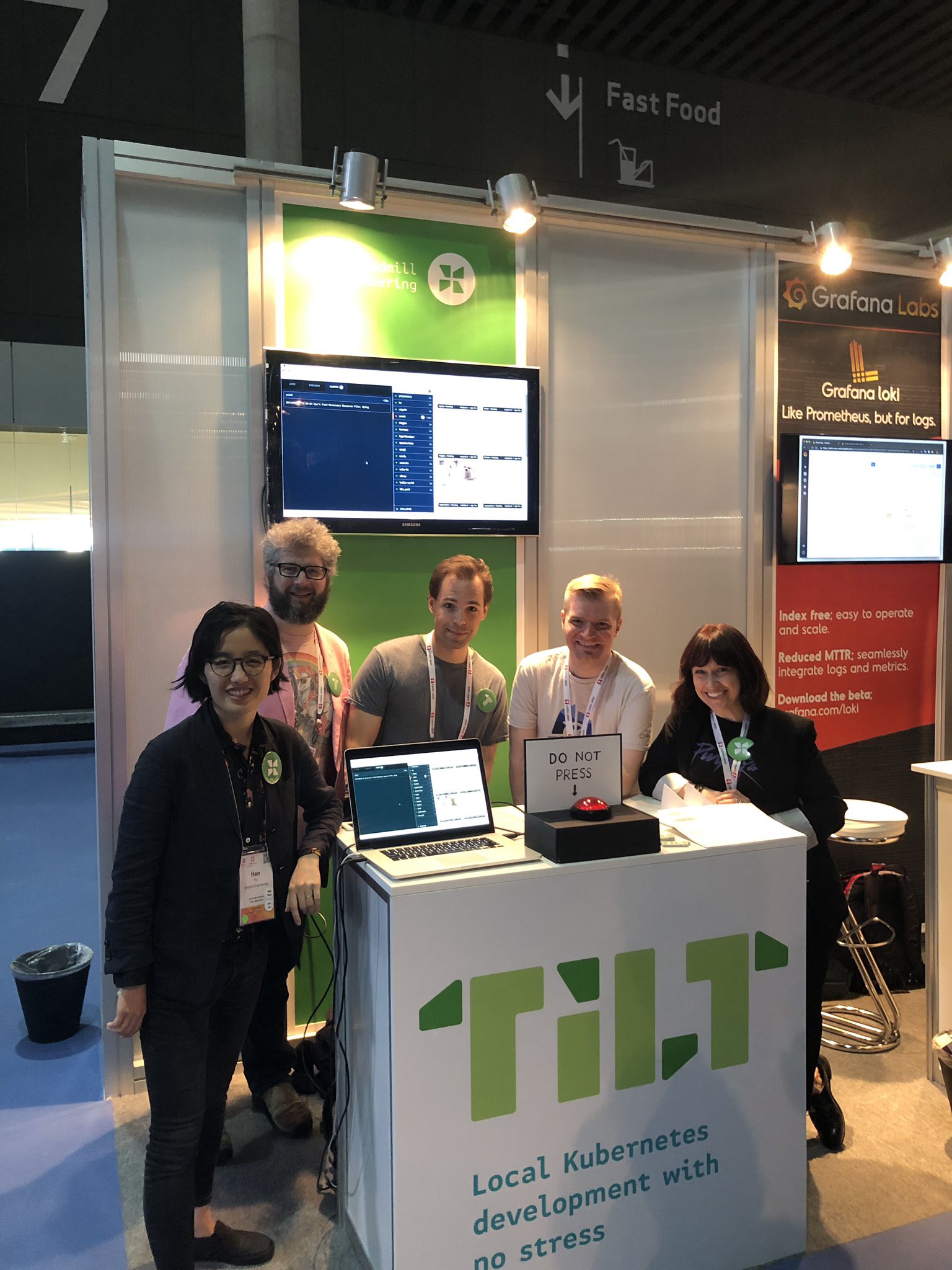 We went to KubeCon to learn more about real-world struggles for engineers building services on Kubernetes.

Folks, the struggle is real.

Here’s a quick view of some of the common trends we saw:

Bazel is a language-agnostic build system based on over a decade of experience with large-scale build tools at Google. We’ve been tongue-in-cheek critical of Bazel in the past, but it’s a great tool.

Bazel can also create reproducible container images. Unlike Dockerfiles, Bazel ensures that you get fast, iterative builds every time. No need to carefully stack Dockerfile layers like a Jenga tower to maximize caching.

If you’re using Tilt to run your microservices, Tilt has a plugin system to have Bazel build the images. Head on over to our Bazel & Tilt guide to learn how. Two of the speakers mentioned that they were already using Tilt! 😊

If you’re developing services in Kuberenetes, Tilt isn’t the only game in town. We stopped by the booths of other teams in this space.

Telepresence tries to solve this problem by throwing networking at it. They give you a toolkit of network proxies that let you run a server locally, then connect it to the servers running in your cluster. The tools are flexible with many options, depending on how high fidelity you want the network to be.

Garden has built a graph-based visualization of the services you’re working on. You codify which services in that graph update when you change a file. Then, when you make a change, you can watch your changes automatically propagate through the build-run-test graph.

For us, it was exciting to see multiple creative approaches to solving the same problem.

Kubernetes Clusters on Your Laptop

For a long time, Minikube was the best way to create a local Kubernetes cluster for testing. But now there are so many more tools with much lower overhead!

Konstantinos Tsakalozos of the MicroK8s team was at the Ubuntu booth. MicroK8s makes your Linux desktop a single-node Kubernetes cluster. The overhead is so low that it’s been my go-to for local dev.

Rancher had a booth too. I haven’t tried out their k3s / k3d yet. But the idea of a Kubernetes with non-essential features stripped out for local dev is super appealing. If you’ve tried it, we’d love to hear what you think of it and how it compares to the others.

We hope you come away from this post with a better understanding of the problem space, and where the community is making progress. We’re hoping to post some more digested thoughts in the next couple weeks.

If you’re interesting in learning more about how Tilt approaches these problems, we’d love to hear from you.

We hang out in the #tilt channel in Kubernetes slack (get an invite at slack.k8s.io). We write code in windmilleng/tilt.

Maybe we’ll see you at the next KubeCon? 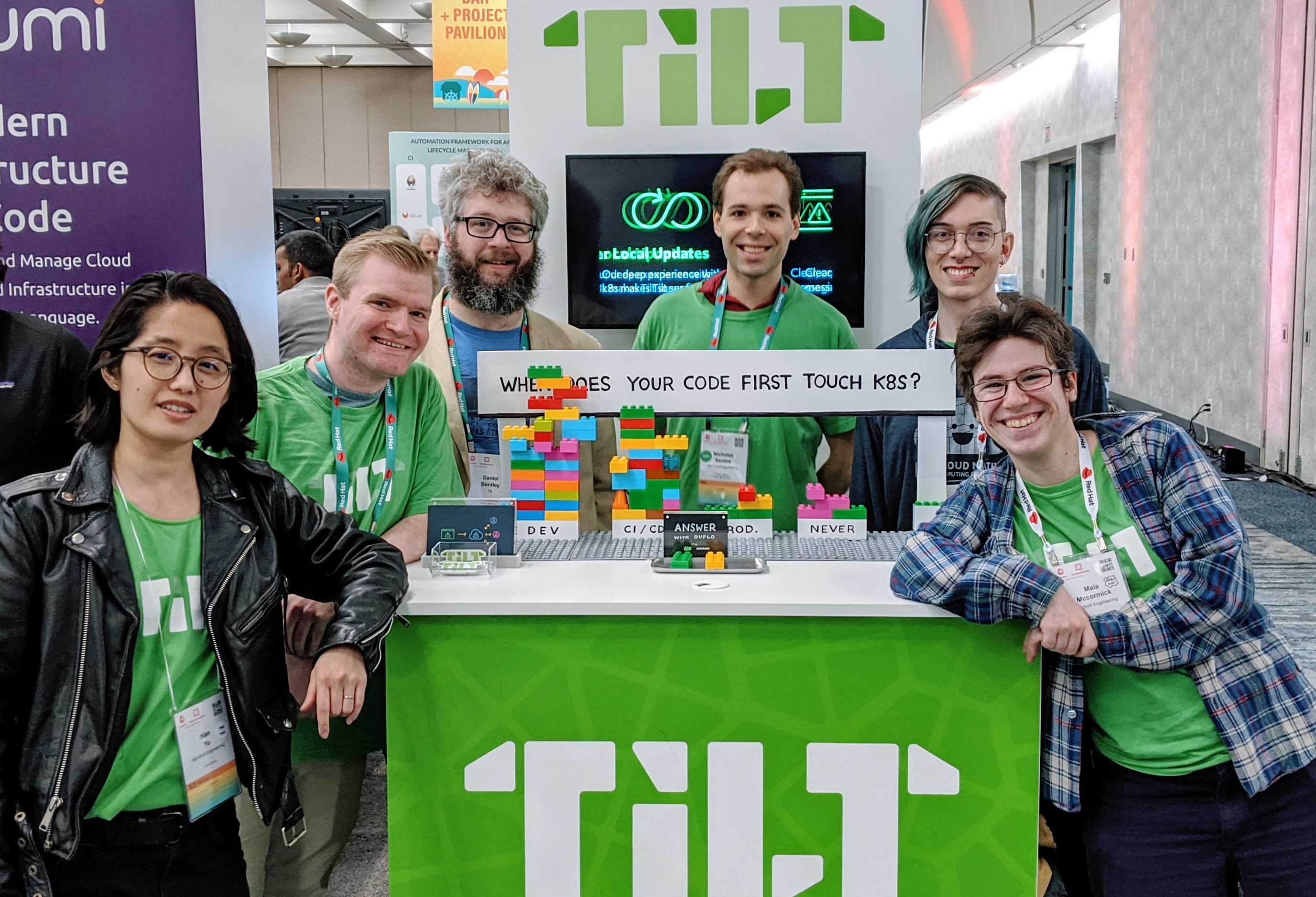 We had a blast at KubeCon NA 2019---a big shout-out to everyone who stopped by our booth to say hi, watch a demo, or play with Duplos for a bit. We were blown away by the excitement about Tilt, and you all asked some great questions, so before Team Tilt... 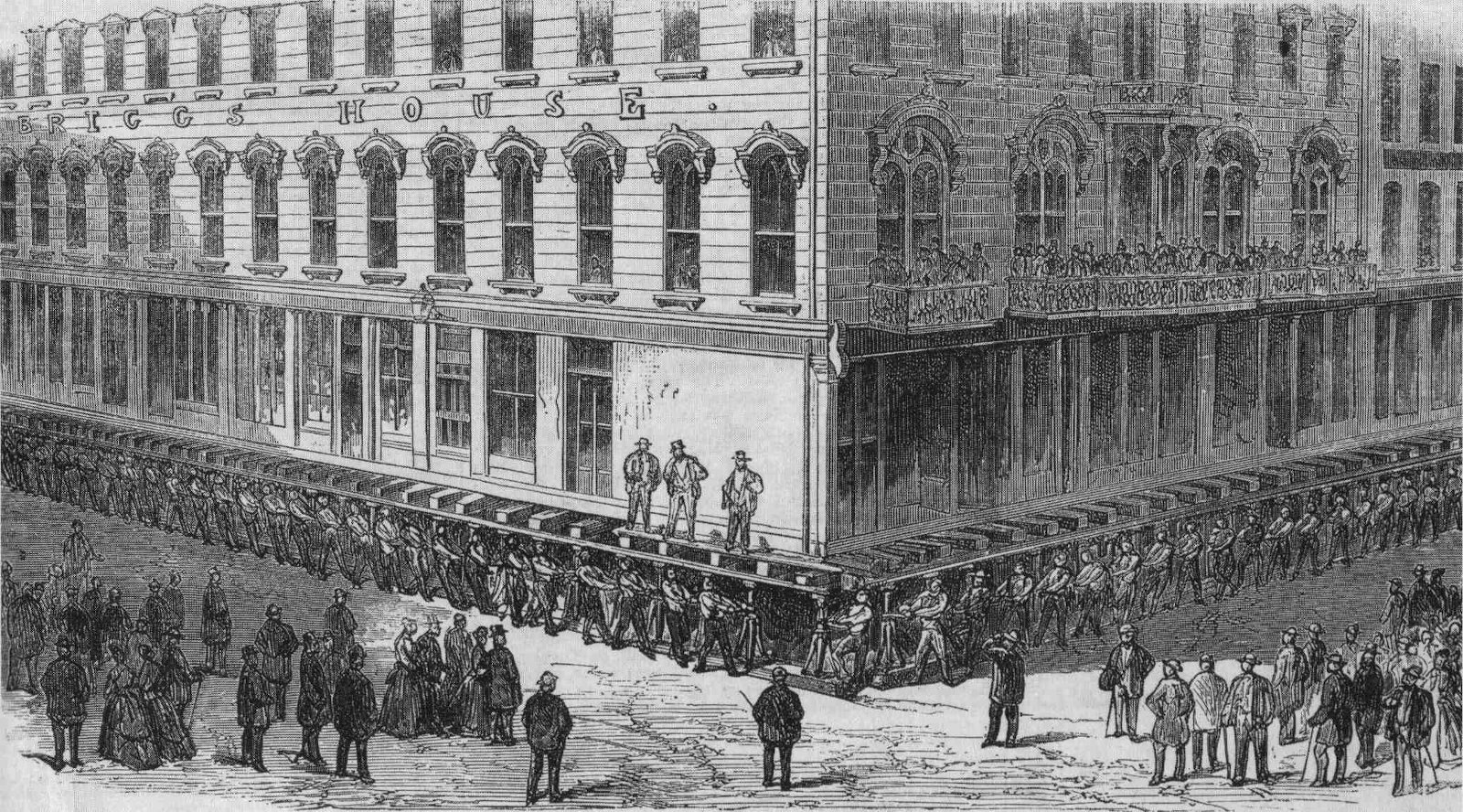 If you have more than one service, you probably need to share some common functions and constants between services. The way we solve this in Tilt is with two primitives: `load()` and `load_dynamic()`. They have slightly different syntaxes. Load is static: it takes a literal string, and loads new variables...