Or: How Build Tools Grow

If you have more than one service, you probably need to share some common functions and constants between services.

The way we solve this in Tilt is with two primitives: load() and load_dynamic(). They have slightly different syntaxes.

Load is static: it takes a literal string, and loads new variables into the current scope. Here’s how you load a helper function create_namespace:

LoadDynamic is…well…dynamic! It’s an imperative function that takes a string as input, and returns a dictionary of values:

This is helpful if you want to load Tiltfiles in all subdirectories, to determine the files to load at runtime, or to simply inspect the choices of what you can load:

If you want more detail on how to use them, head on over to the Tilt API reference.

Why do you need an imperative load_dynamic()?

You may wonder why we have two ways to load files.

A simple explanation is that load_dynamic() is more flexible, but load() is a shorter syntactic sugar for the 90% case.

But the longer, more complicated explanation has a long history!

Let’s zoom out a bit.

A few years ago, I wrote a blog post “Bazel is the Worst Build System, Except for all the Others”. I wrote this:

The build language of the future will be imperative. Novice programmers should be able to pick it up easily. The language should help them to visualize the results.

This may not be wise. Google once allowed imperative build rules but they eventually grew too complex to wrangle and had to be phased out painfully.

I’ve been thinking about this comment for two years! Because it really gets at the core question of how Bazel1 got traction at Google, and how it’s doing outside Google.

I was not on the Bazel team. But I remember working with them when they were first rolling it out inside Google.

Bazel was a drop-in replacement for gconfig, a Python-based system for generating Makefiles.

When Bazel rolled out, here was the plan:

1) Everybody make sure your gconfig BUILD files obey a SUPER strict subset of Python.

2) Bazel will tell you if you did it right, and you can use gconfig or Bazel during the transition.

3) If you did it right, Bazel will run your build WAY faster.

And when I say SUPER strict, as I remember it, that meant only function calls were allowed: no local variables and no loops, for example.

They would have been fine with load(), but not with load_dynamic().

But when they tried to roll it out, they hit reality hard. Because there was simply no way to express most builds with this strict subset of Python and small feature set.

The trade-off of load() vs load_dynamic()

load() is a core feature of Starlark. load_dynamic() is not.

There’s certainly a camp of people that believe supporting imperative Python in build systems was a huge mistake. It made rollout easier, but the pain of phasing it out was not worth the benefits of making rollout easier.

I’m not convinced that it’s a simple either/or. The pendulum swung back and forth a few times. Early Bazel had a lot of “imperative” features that made it easier to adopt, and easier to integrate with other tools. Once Google adopted Bazel entirely, the Bazel team didn’t need Python pre-processing anymore, and removed it.

I don’t blame them for removing it! They made Bazel harder to optimize, which is critical for a large codebase like Google’s.

load() vs load_dynamic() in Tilt has the same trade-off.

We see this pattern often when teams investigate Tilt.

Their initial proof of concept loads files and runs shell commands synchronously, because that interoperates well with their existing tools.

Over time, this approach gets slower and harder to parallelize, so they refactor to use functions that are more declarative and asynchronous.

Long-term, load() is easier for us to optimize and parallelize. But don’t feel guilty if you reach for load_dynamic() to get started! You can always come back and refactor if you need to. We’re experimenting with tools to help you better measure your builds and determine when to make these trade-offs. Stay tuned! 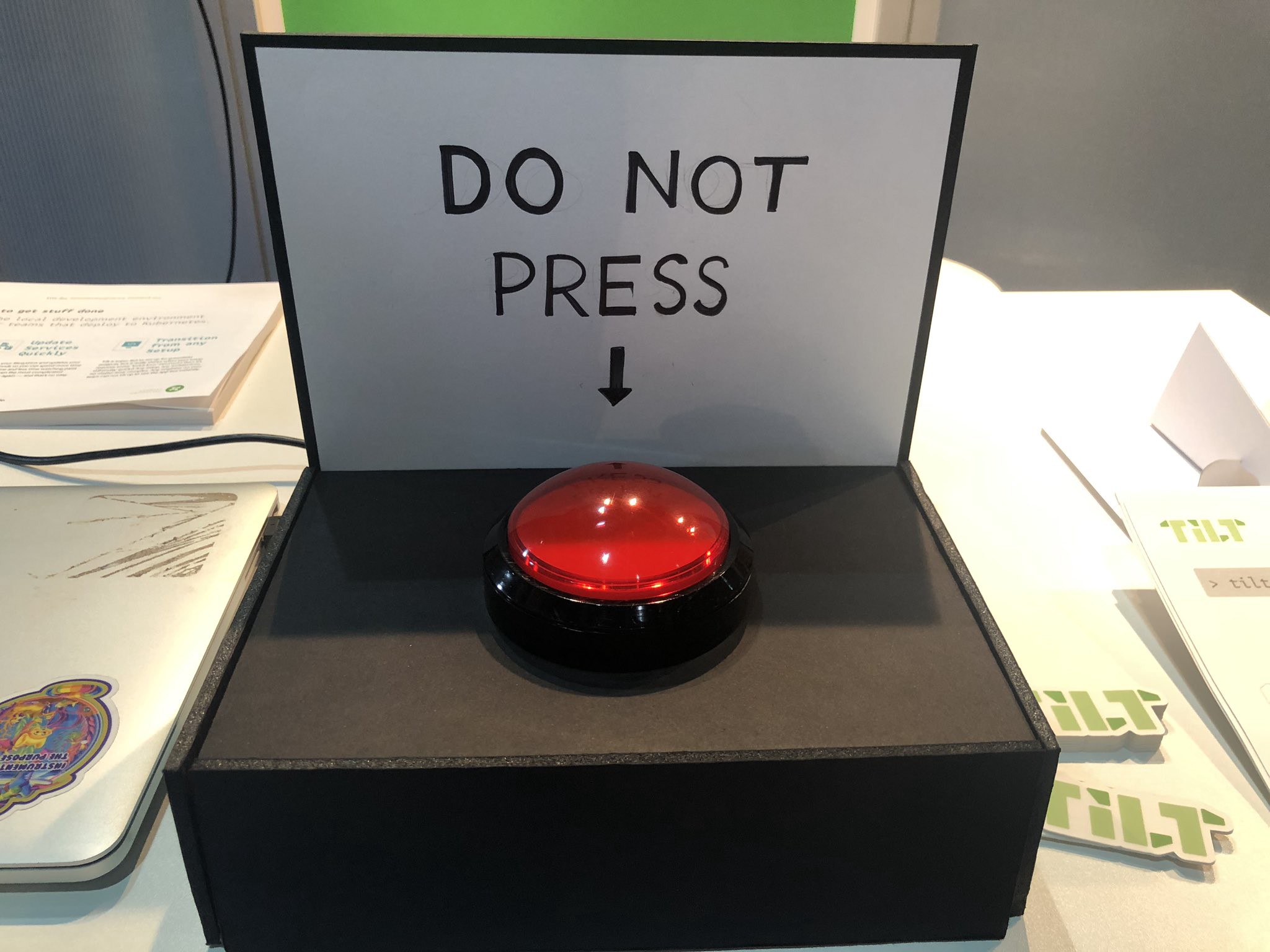 The Tilt engineering team is back from KubeCon in Barcelona. Thanks for everyone who visited our booth to press our button! https://twitter.com/jazzdan/status/1131567233350668288 We went to KubeCon to learn more about real-world struggles for engineers building services on Kubernetes. Folks, the struggle is real. Here’s a quick view of some of...

Bazel is the Worst Build System, Except for All the Others

The Go community sometimes argues about whether Go projects should use go build or bazel build. We talk about this at Windmill Engineering too! We’ve been trying to reconcile two statements: Bazel is magic inside Google Bazel is a pain to integrate in open source projects Why? Before we start...